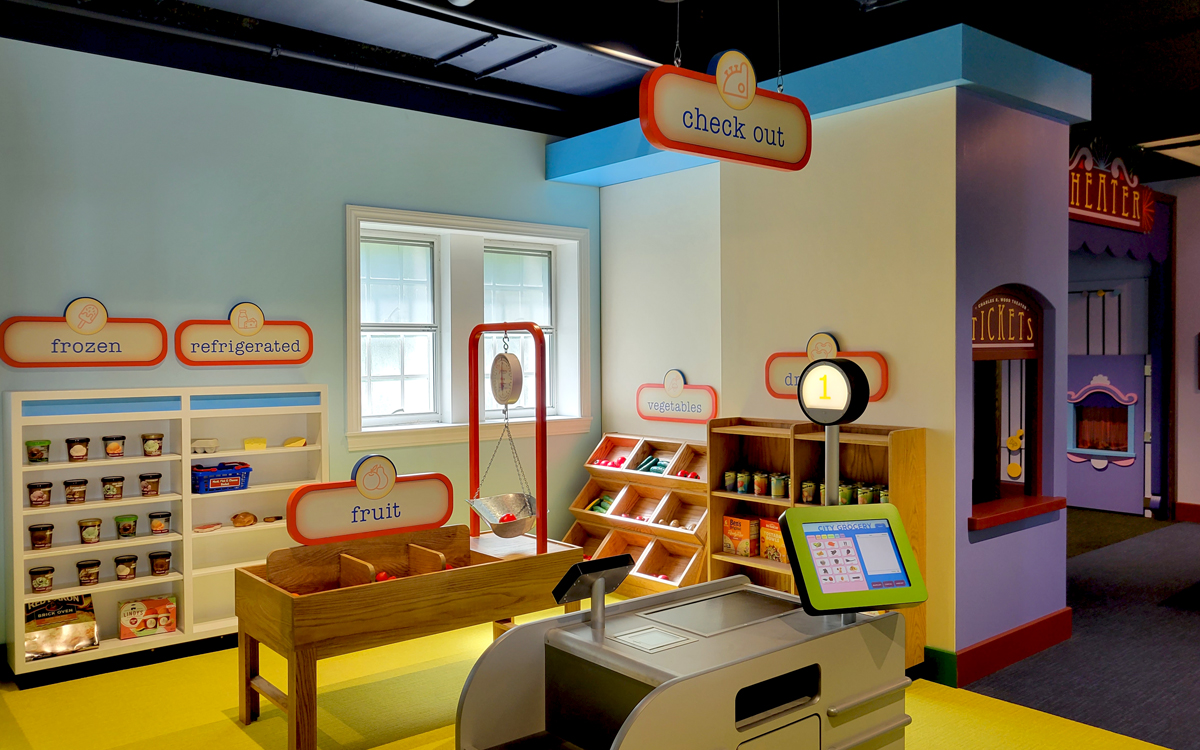 Empire worked with Peter Hyde Design and M. Catton & Co. to create the new exhibit space for the Children’s Museum at Saratoga. The museum expanded from its old location in downtown Saratoga, and moved into a 16,000 sq. ft. space at the historic Lincoln Baths in Saratoga Spa State Park. They required many new interactive exhibits as well as handling and refurbishment of some of the old exhibit elements that would be reused.

Empire handled the dismantle of the old museum and refurbishment of old exhibit assets as well as the building and installation of new exhibits and graphics.

The new exhibits include a Fire Station complete with firetruck and burning building simulation game. The fire truck has working lights and sounds. At the back bumper are two water canon controllers. Visitors interact with these for the burning building interactive where they get to put out a simulated fire.

All museum exhibits were built to be ADA accessible and educational, while fun and sturdy enough for continual use.

Given the historic nature of the building, the exhibits needed to be built around existing structures and columns. Empire designed and fabricated the exhibit structures to break down, fit in an elevator, and be re-assembled on site.

Empire was proud to be a part of this exciting project in Saratoga, NY. Let them know you heard about them from Empire Exhibits cmssny.org

Ready to bring your vision to life?